Robert Bauval, in “The Story of Osiris”, mentions an amazing story of Paris and the origin of its name: a temple to Isis next to the city gave the name: par Isis -> Paris.

France’s capital city name comes from the Gaulish Parisii clan who had a settlement on what would become the Isle de la Cité, and along the banks of the Seine, starting about 250 BCE. It might have been called something like Lucotocia, most probably from the Celtic word for “marsh.” When the Romans conquered them, they built a military base in the same location called Lutetia Parisiorum (“Lutetia of the Parisii”), which ended up in “Paris”.

In Ptolemy’s Geographica, there is a mention of a Parisii clan in Yorkshire, England as well, and scholars have speculated whether the Yorkshire Parisii were connected to the Seine Parisii. What’s more, while no one is entirely sure what the name Parisii means, some Celticists think it could come from proto-Celtic words meaning, “commanders,” or perhaps, “fighters,” or “they of the cauldrons.”

Unfortunately, It is very highly unlikely that the “-isii” part of the Parisii tribal name has anything to do with Isis; this is a speculation that actually started hundreds of years ago and has grown exponentially of late as people tried to find mysteries and connections to the magical past, literally everywhere.

We need to be clear here; it is quite true that Isis does have a long history in France and the city of Paris. Isis came to Gaul with the Romans, in the same way, that her worship spread throughout the Roman Empire. So, although there are shrines and temples to Isis in France, still, Paris, as such, has nothing to do with Isis.

So, now… what? That’s it? So much for the Search for Atlantis? Of course not! On the contrary, we keep searching the same way as before. It’s good though to clear our path and view of misleading information, misdirections and misinterpretations.

I admit that this would be a really nice story if this was true. But, as it looks like, it’s not.

The search keeps going on. 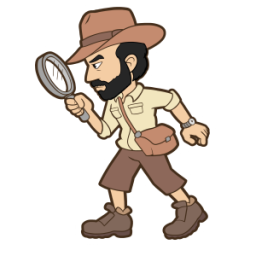